As more research into novel mind medicines threads its way through the psychedelic pipeline, Psilocybin or ‘Magic’ Mushrooms are catching the eye of medical enthusiasts with a niche speciality in eating disorders. In the society we’ve grown up through and into, what we have never seems to be enough. Beauty is always on the horizon, but the horizon is never really here. It’s somewhere between the unattainable allure of size 0 ‘high-end’ models and curvylicous femininity.

These ever changing generational standards produce pervading frames of ‘mainstream beauty’ to favor sellable ideologies. Self actualization is not sellable because it’s innate, it’s fulfilled by the acceptance of ourselves, unimpressed by outside validation. Beauty however, is subjective and thus it’s become a product backed by an assumed cultural ‘consensus’. Hence, ‘selling beauty’ means selling insecurities, creating a ‘flaw’ where there wasn’t one to begin with. It’s a very dangerous economic game that most of us fall victim to throughout our lives.

For some though, the pitfalls of deceptive disproportion to the beauty-specific images fed to us through childhood and into adulthood, can cut much deeper. Our generation is no stranger to the relentless temptations of binge-eating disorders, anorexia nervosa, and bulimia nervosa. Having said that- while we cannot be blamed for the conditioning that led us here, we are responsible for reclaiming power over our internal narratives, the only constant variable throughout our lives. Ironically, the first step toward embodying our most authentic expressions is letting go… but more on that later.

Recent data shows immensely encouraging results on treating anorexia nervosa, bulimia nervosa, and binge eating disorders with psychedelic compounds like psilocybin mushrooms, MDMA, and ketamine. The chronically conditioned nature of eating disorders make them some of the most intrusive, therefore critical-to-treat cases within the field of mental health. Let’s take a quick dive into the sweeping physiological and psychological genesis behind eating disorders and their unyielding, enervating gravity.

Anorexia nervosa and bulimia nervosa are often characterized by a distorted, overcasting sense of physical inadequacy or unappeal. This precursor, diagnosed as ‘body dysmorphic disorder’ (BDD) shepherds an obsessive devotion to losing weight. In those suffering from anorexia, this desire manifests itself as loss of appetite, causing the subject to dangerously repress their body’s metabolic needs by withholding the consumption of food to varying degrees.

“It’s like being in a constant battle with two different versions of myself… and sometimes I’m not even sure which one is real.”

Alternatively, the comorbidity of BDD and bulimia nervosa produces insatiable psychological demands that drive episodes of extreme overeating, followed by feelings of guilt and depression that produce behaviors of compulsive vomiting. Binge-eating disorder demands similar periods of chronic overeating as means to cope with inner emotional imbalances. This disorder is not compensated by ensuing behaviors of purging, but does assume equally engrossing feelings of shame and guilt in the individual.

How then, could a simple, naturally- occurring compound sway the diagnostic prognosis of such searingly debilitating illnesses? We spoke to several people who’ve had a history of, or are currently battling their own experiences with eating disorders. One person said:

“I experience a tremendous pain relief through hunger–a simultaneous high and an induced depression that flattens out painful emotions and experiences.”

The responses we received communicated one, almost universal function to these behaviors: control…

“My eating disorder provides me with a ready-made system of meaning and decision-making in an overwhelming and unpredictable world.”

Therapeutic psilocybin studies are already underway for treatment of many other control-seeking disorders such as substance abuse and OCD. With emotional regulation being the driving factor for these maladaptive behaviors, researchers believe psilocybin’s power to promote neural plasticity could catalyze the ED recovery process by reconditioning reflexive responses to environmental changes.

Psychedelics are widely utilized for their dexterity in reframing mental narratives and cognitive patterns that cloud objective decision-making with rehearsed coping/defense mechanisms of the past. This can be particularly fruitful for treatment of eating disorders, who are notoriously distinguished by the incessant micromanagement of caloric consumption bound by a set of stringent, self-imposed rules. When these systematized practices find themselves under threat, they collapse into the suffocating embrace of rampant anxiety. It’s here, at this gut-brain axis, where the cyclical potential for ED relapse resides.

Psilocybin mushrooms and other psychedelics like LSD and MDMA or ‘Molly’ are frequently recognized for their ability to promote acceptance of inner events in the journeyer. During a psilocybin trip, resisting the sensations and revelations of the experience will in most, if not all cases, raise overwhelming, even frightening emotions in the journeyer.

It’s only in surrendering to the natural course of the experience, that journeyers can breathe a sigh of relief and freely absorb the teachings of these medicines. Ironic, isn’t it? That in direct opposition to our conditioned behaviors of control is mother nature’s secret to self actualization–letting go and letting live the organic unfolding of what stands before us.

Because the mechanisms of an eating disorder are largely faulted by conditioned behaviors, treatment requires that we also behave our way out of the disease. Thankfully, therapeutic psychedelic experiences can give us much needed exposure to the autonomous decisions and systemized habits that are preserving the lifespan of these illnesses.

By rewarding surrender and acceptance with ease and contentment, these medicines loosen the relationship between anxiety and control, while reinforcing a neural and psychological bond between acceptance and inner peace. Instead of turning to ruminant rituals of over/under indulgence for neutralizing the grip of anxious thoughts, psilocybin can make the individual more receptive to unpredictable changes by allowing them to find asylum and comfort in the unknown.

Your Brain on Psychedelics

One major finding in recent studies reveals that people on psychedelic substances experience brain overactivity in the default mode network (DMN). It’s in the DMN where scientists believe most of our sense of selves are refined. In fact, the DMN cannot be activated by having focused thoughts that relate to matters outside of oneself, instead it’s stimulated by passive, subconscious contemplations often experienced as daydreaming or ruminating thoughts about the future.

If our minds were radios, the default mode network would be the radio station we’re tuned into most often. It’s the white noise that follows us on long car rides and plays above the grocery store isles. Just as its name suggests, this area of our brain is responsible for establishing the network of ‘default’ or standard thought patterns that unconsciously circulate around our brains and eventually become what we conceptualize as ourselves, our egos–the conglomerate of niche thoughts, memories, and perceptions that set the trajectory for our mind’s identity. This of course, begs the question, why exactly does it matter that the DMN is more active during a psychedelic experience?

Well friends, let’s review what we already know. Going back to the underlying body dysmorphic disorder that often motivates development of bulimia and anorexia, we can understand the massive role of consistently pessimistic and unwarranted thoughts about physical appearance. We also know that psychedelics can manipulate activity in the part of our brains primarily responsible for reproducing this incessant background chatter, and that these substances promote an increase in neural plasticity–restructuring and optimizing relay between synaptic connections, most often experienced when we learn something drastically new.

If psychedelics have access to the control room of our radios (DMN) and they also have the tools to increase the range of broadcasts we can access (increase neural connections), then surely, with our focused attention, psychedelics can help us experience and embody ways of thinking that were previously foreign to us. To a person with an eating disorder, an experience that rewards surrender with peace of mind and confidence, could be profoundly life changing in itself.

These compounds have the power to not only diminish limiting preconceived notions in the eye of our abstract minds, but at a molecular level, they can offer such a stark experiential contrast that our literal neurons begin to interact with each other differently, in fact, they physically increase in length to traverse neural pathways that weren’t explored before. The best part? Our brains remember this, they are permanently tuned in to a new, more dynamic radio station and at any time, anywhere we can choose from a more abundant assortment of default ‘white noise’.

Instead of running away from change, psychedelics force us to lean in, to explore new mental commutes and practice surrender–arguably the toughest opponent to our desire for control.

Dear human friend, you don’t deserve this. You may look in the mirror and feel conflicted about the ever changing versions of yourself that crave control and stability at the expense of your mental sanity. From the human being with her hands to the keyboard on the other end of your screen, believe me when I say that in the fabric of your skin I see the same ineffable cosmic resilience that nurtures every ounce of our human existence. It’s in every plant, every season, and every tide of our oceans…and it’s also in you.

I, too, reflect on my life as a child. I cradle fond memories of pure innocence staring back at me in the mirror. The more my curly hair resembled the boldness of an untamed lion’s mane, the more I loved it. I saw beauty in myself by finding beauty in the world…in the color of my favorite shirt or the lollipop stains tainting my teeth and lips…but then we grew up. The bar was set higher and suddenly wearing silly bands and EOS chapstick wasn’t going to cut it.

So yes, the culture of our conditioning was unfair, to say the least. However, there is an undeniable beauty in being part of a generation that’s faced the forefront of these ruthless ideological pyramids. Still, we choose to use our experiences to become informed on the past, to adopt ancient practices for reestablishing more healthy cultural narratives and expectations. I think we can all agree that that’s a pretty beautiful reality, and I know that earthly beauty lives and breathes through you too.

Wherever you are on your healing journey, we want to meet you there. Explore our locations page to find out what opportunities you have for legal psychedelic experiences in your area. Aside from the growing number of ketamine clinics popping up across the U.S, clinical trials are currently some of the only options available for embarking on these journeys in a medical setting, but space in these studies is incredibly limited.

We understand how frustrating it can be to find a support system tailored to your needs and intentions for healing. That’s why our facilitators at Psychedelic Passage make it a point to actively involve our journeyers in the process of curating a program that’s right for them. Whenever you’re ready to embark on this journey, have a chat  with one of our supportive facilitators. We’d be honored to hold the space that nurtures your harmony and healing. Farewell for now, friends. 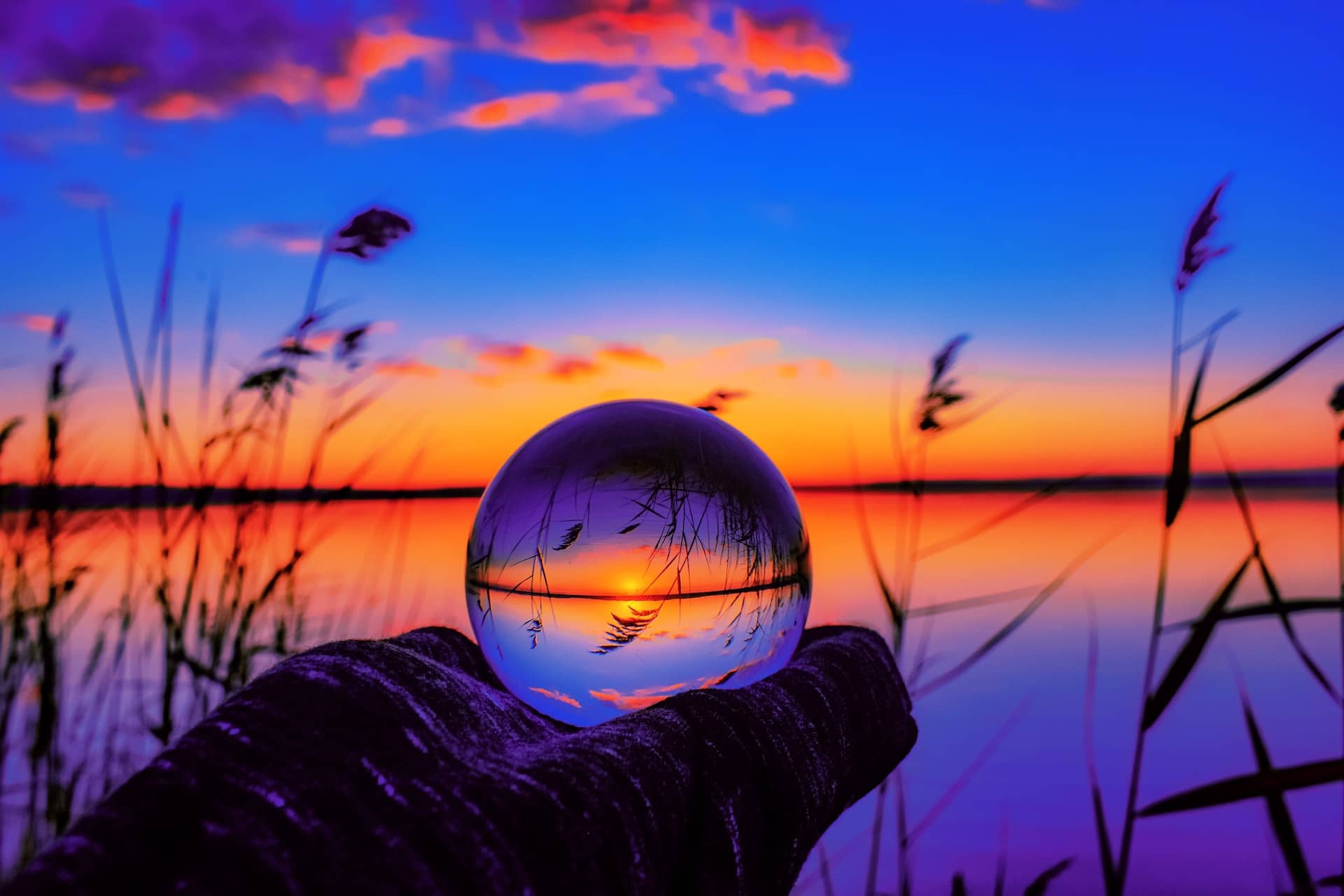 What Is the Psychedelic Afterglow Period?

You’re nearing the end of your psilocybin journey, the thick coat of primordial patterns begins to optically disembed from the skins of your environment. Strawberries 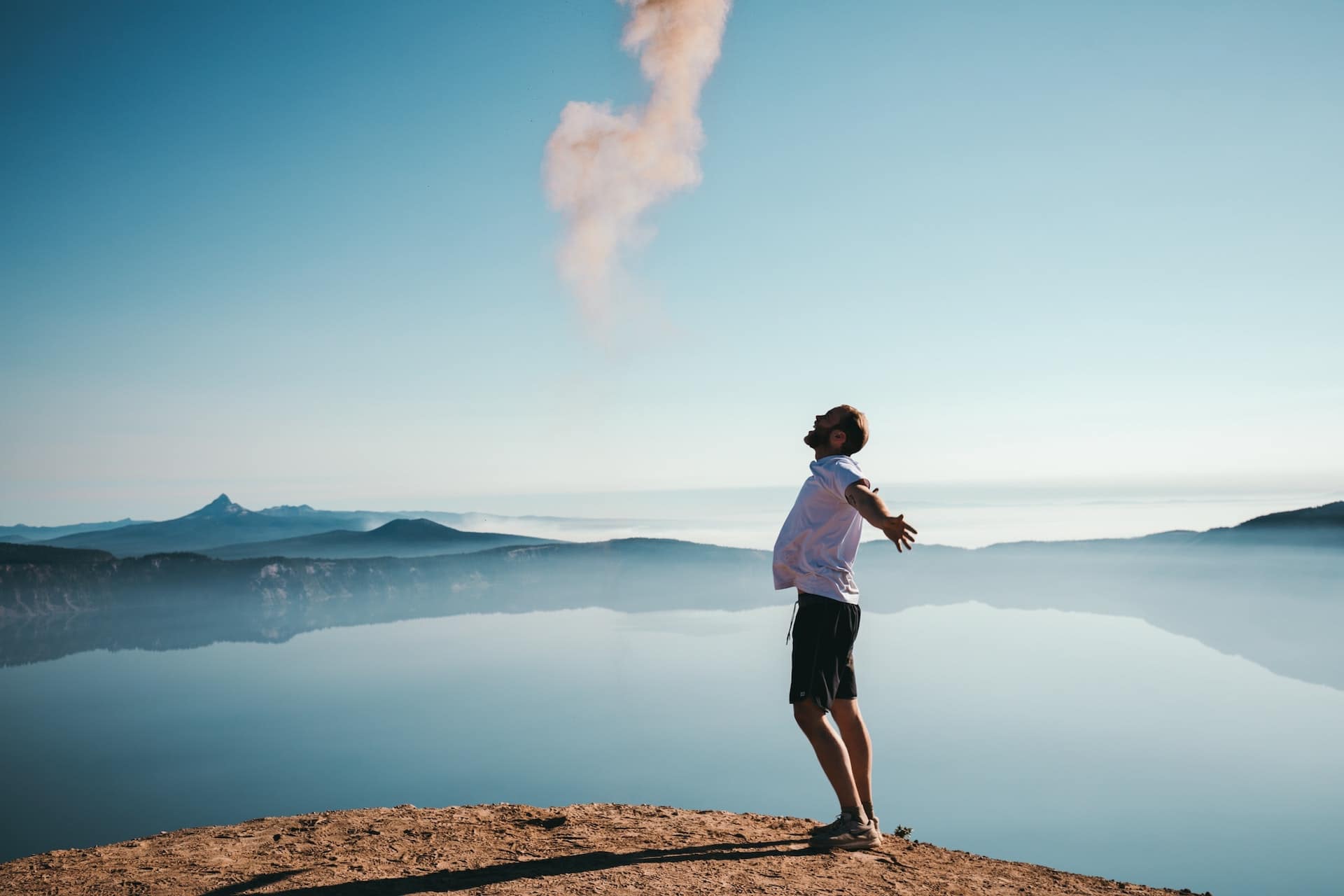 What Are the Success Rates of Psychedelic Therapy?

It’s no surprise that research into the efficacy of psychedelic-assisted therapy has gained these trip-inducing medicines an admittedly bountiful following. Personal recovery stories are surfacing across 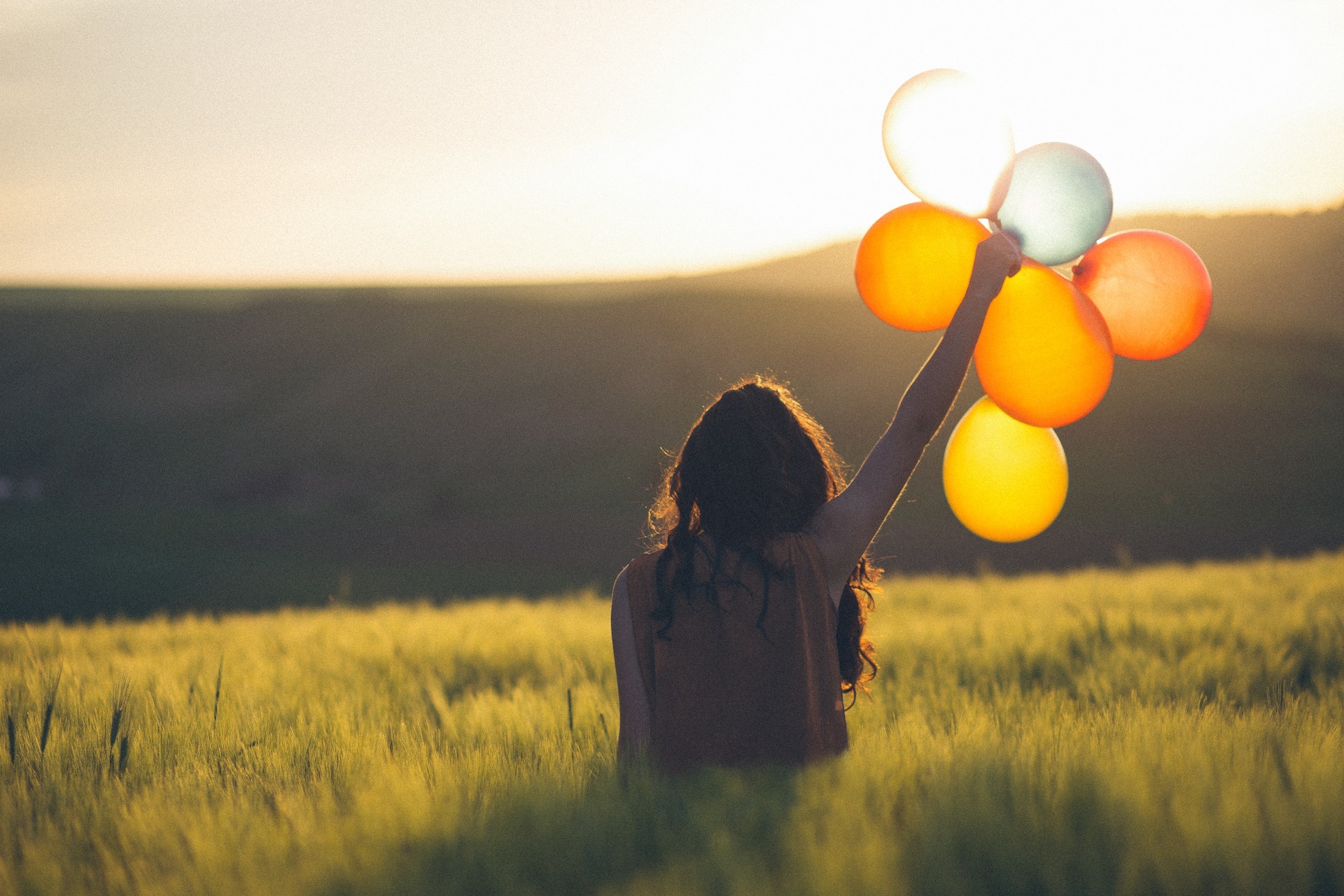 How Long Do the Benefits of Psilocybin Therapy Last?

How durable can we expect the results of psilocybin-assisted therapy to be? We see news articles and studies framing its benefits as ‘long term’, but

Get Your Free Guide!

Just tell us where to send it... 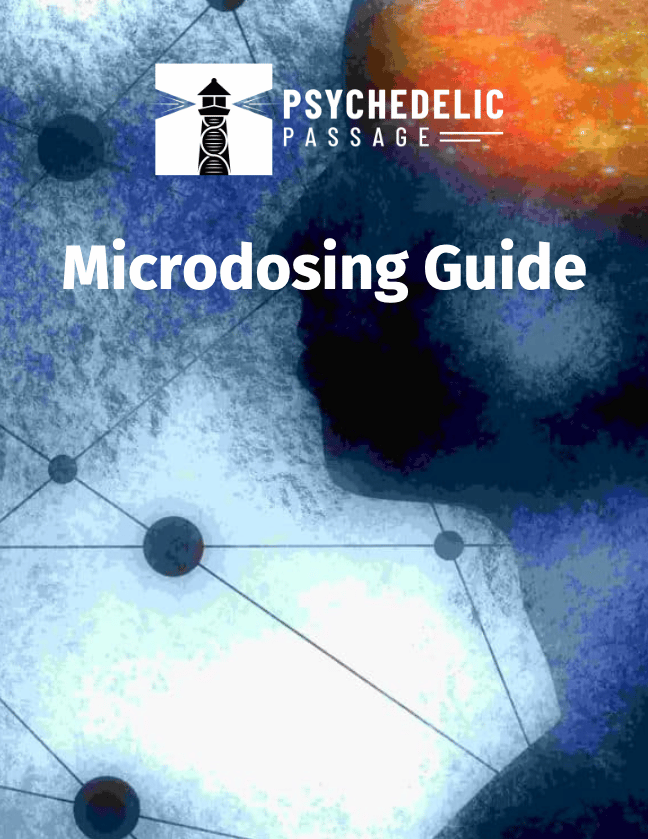